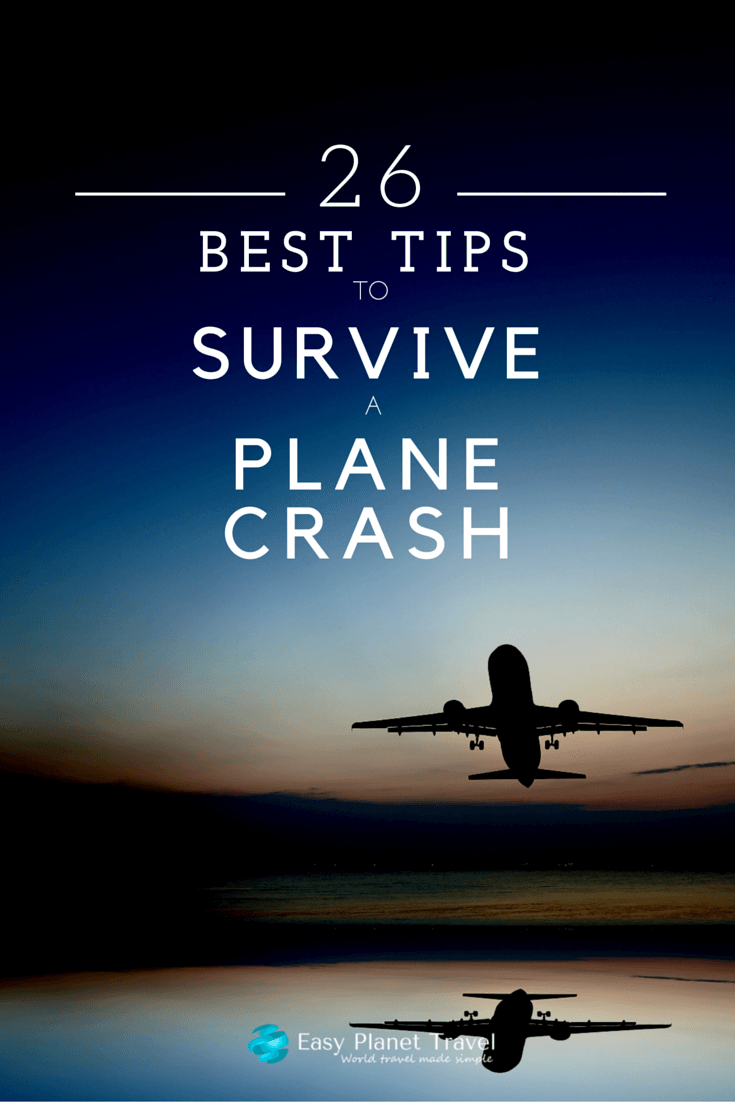 I am not afraid of flying. Statistics says that you have 1 in 20,000 odds of dying from a plane crash, while you have 1 in 100 odds of dying from a car accident. So flying is safe. Well safer than driving. But plane crashes do occur. Even then, did you know that contrary to popular belief, the majority of plane crashes are survivable. One US government analysis of all 568 plane crashes in the US between 1993 and 2000, involving 53,487 passengers and crew, found that 51,207 – or over 90 per cent – survived. So we can do something to get better chances at surviving. Here’s what:

Book direct flights. Most crashes happen during take-off or descent, so limiting the number of landings will lower your chances of experiencing an accident.

Be extra vigilant and ready to take action during the first 3 minutes after takeoff and the last 8 minutes before landing. Close to 80% of all plane crashes occur during this timeframe.

Pick up the safest seats on an airplane 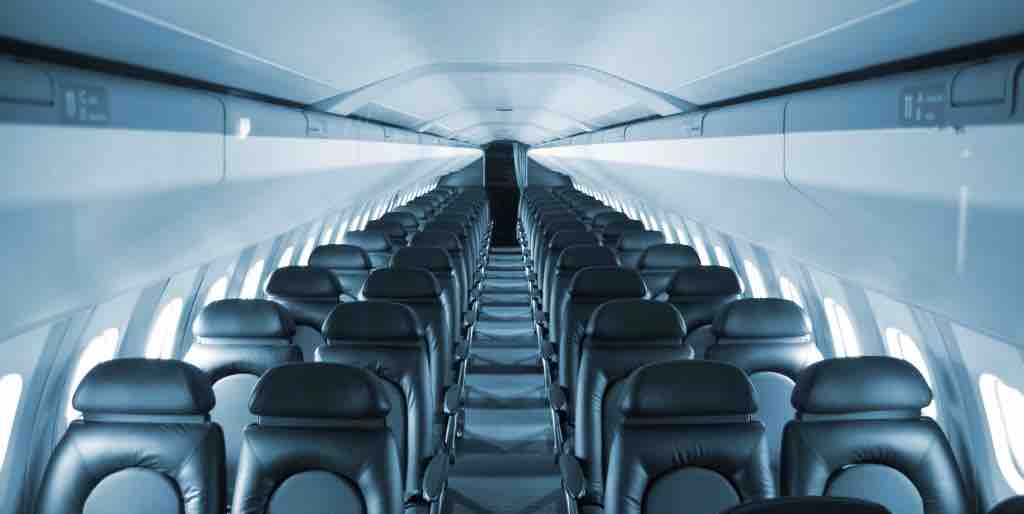 Wear long-sleeved shirts and long pants made of natural fibers. Radiant heat and flash burns can be avoided if you put a barrier between you and the heat. The more your body is covered during impact, the less likely you are to receive serious injuries or burns. Loose and elaborate clothing also poses a risk, as it can get snagged on obstacles in the close confines of a plane. Cotton or wool clothing is less flammable; wool is preferable when flying over water, as wool does not lose its insulating properties to the degree cotton does when wet.

Wear closed-toe, hard-soled shoes. You might have to walk through twisted torn metal or flames.

Listen to the safety briefing and locate your nearest exit; pick an alternate exit in case the first one is not available.

Count the seats between you and the exits in case smoke fills the plane and you cannot see them.

Make sure you understand how the exit doors work and how to operate them.

Always wear your seatbelt, even when the seatbelt sign is turned off.

Don’t use your cell phone. The pilot could get a false reading on his instruments saying that you are higher than you really are.

If you are travelling with a baby, buy a seat for the baby and bring a car seat. 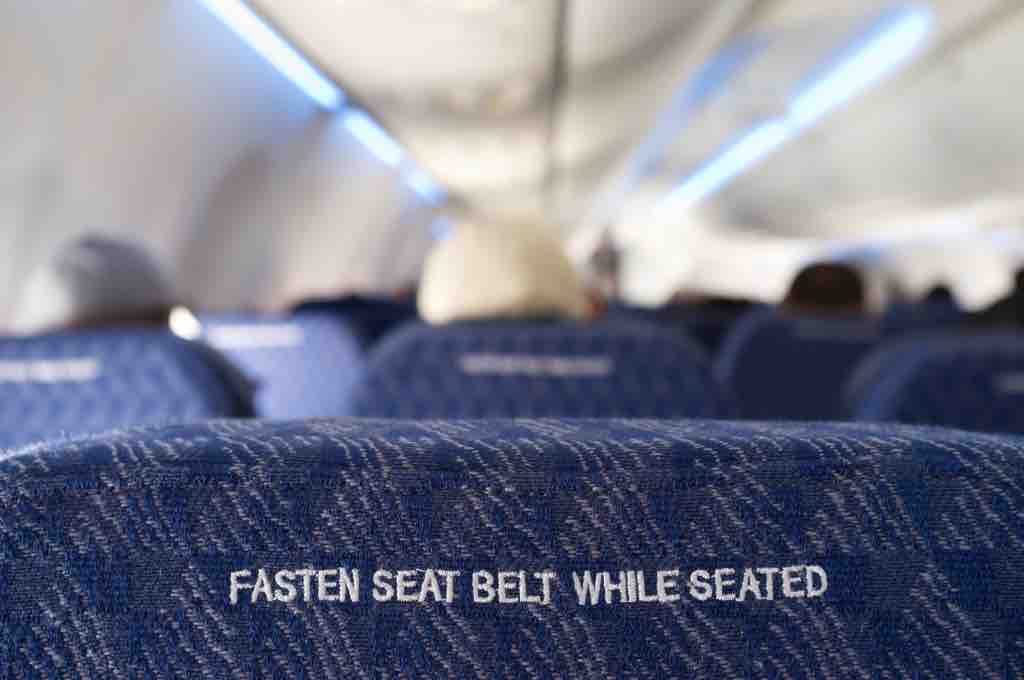 If the plane you are in is about to crash, here’s what to do

Make sure your seatbelt is tightly fastened. Every centimeter of slack in your seat belt triples the G-Force you’ll experience in the crash, so keep it snug. Also, push that snug seatbelt down as low over your pelvis as possible. You should be able to feel the upper ridge of the pelvis above the upper edge of the belt: the pelvis is a very strong structure that handles force well. However, if your belt slides up into your stomach, you have a greater chance of sustaining dangerous internal injuries. (Note: this also applies to car seatbelts.)

Make sure that your seat is fully upright, with the tray table stowed.

Brace yourself for impact 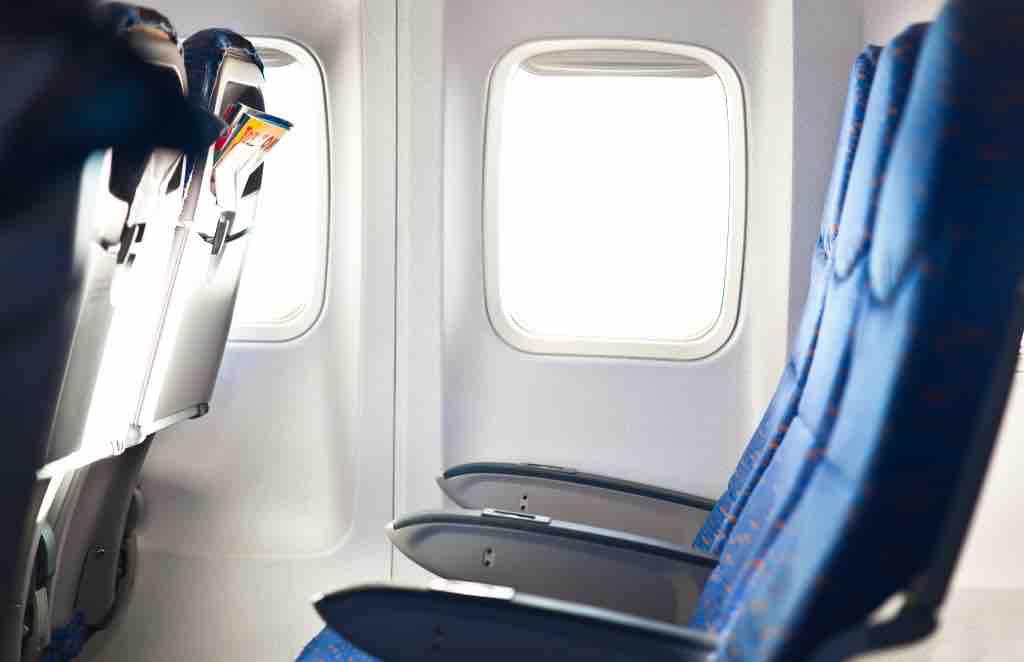 Assess the situation as well as possible. Try to determine what surface the plane will land on so you can customize your preparations. If you’re going to be landing in water, for example, you’ll want to put your life vest on—don’t inflate it until you’re out of the plane—and loosen your shirt (and tie) so that your movement is not restricted when you attempt to swim. If you’re going to be landing in cold weather, you should try to get a blanket or jacket to keep you warm once outside.

If you’re with your family, talk to your children about what to do. Divide the responsibility of helping your children between you and your spouse. It’s easier for one parent to help a single child than for both to try to keep everyone together.

Stay calm and be ready to help yourself.

Put your oxygen mask on before assisting others. You’ve probably heard this on every commercial flight you’ve been on, but it’s worth repeating. If the integrity of the cabin is compromised, you have only about 15 seconds (often less if you’re a smoker or have circulatory or respiratory problems) to start breathing through your oxygen mask before you are rendered unconscious. While you may feel an impulse to first help your children or the elderly passenger sitting next to you, you’ll be no good to anyone if you don’t remain conscious. You can put somebody else’s oxygen mask on even if they’re unconscious.

Protect yourself from smoke. Fire and, more commonly, smoke is responsible for a large percentage of crash fatalities. The smoke in an airplane fire can be very thick and highly toxic, so cover your nose and mouth with a cloth to avoid breathing it in. If possible, moisten the cloth to provide extra protection.

Get out of the airplane as quickly as possible. It’s critical to get out of the aircraft without delay—if fire or smoke is present, you will generally have less than two minutes to safely exit the plane. The airline industry refers to the first 90 seconds of a plane crash as “golden time.” If you’re able to stay calm and move fast within this time frame, you have a good chance at getting out of the plane.

Do not take anything with you. If you have something you absolutely cannot part with, you should keep it in your pocket and not in your carry-on baggage.

Obey the flight attendants’ post-crash instructions. Flight attendants undergo rigorous training to make sure they know what to do in the event of a crash. If a flight attendant is able to instruct or assist you—sometimes they won’t be able to do so after a crash—listen to him or her, and cooperate to increase everyone’s chances of survival.

Stay low if the plane is on fire. Illuminated floor lights should indicate the exits.

Make sure the exit you choose is safe. Look through the window to determine if there is fire or some other hazard outside of an exit. If there is, try the exit across the plane, or proceed to another set of exits.

Get at least 500 feet upwind from the wreckage. If you’re stranded in a remote area, the best thing to do usually is to stay close to the aircraft to await rescuers. You don’t want to be too close, though. Fire or explosion can happen at any time after a crash, so put some distance between you and the plane. If the crash is in open-water, swim as far away from the plane wreckage as possible.

In my opinion, almost all of those advices can sum up to one thing: stay calm to think clearly. Because it is common sense to get away from a plane on fire or to stay low when there is a fire. But you will think about that only if you stay calm!

So Keep Calm and Fly In Peace!! 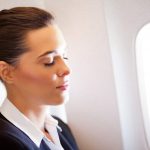 14 Tips to Have the Best Flight of Your LifeAir travel