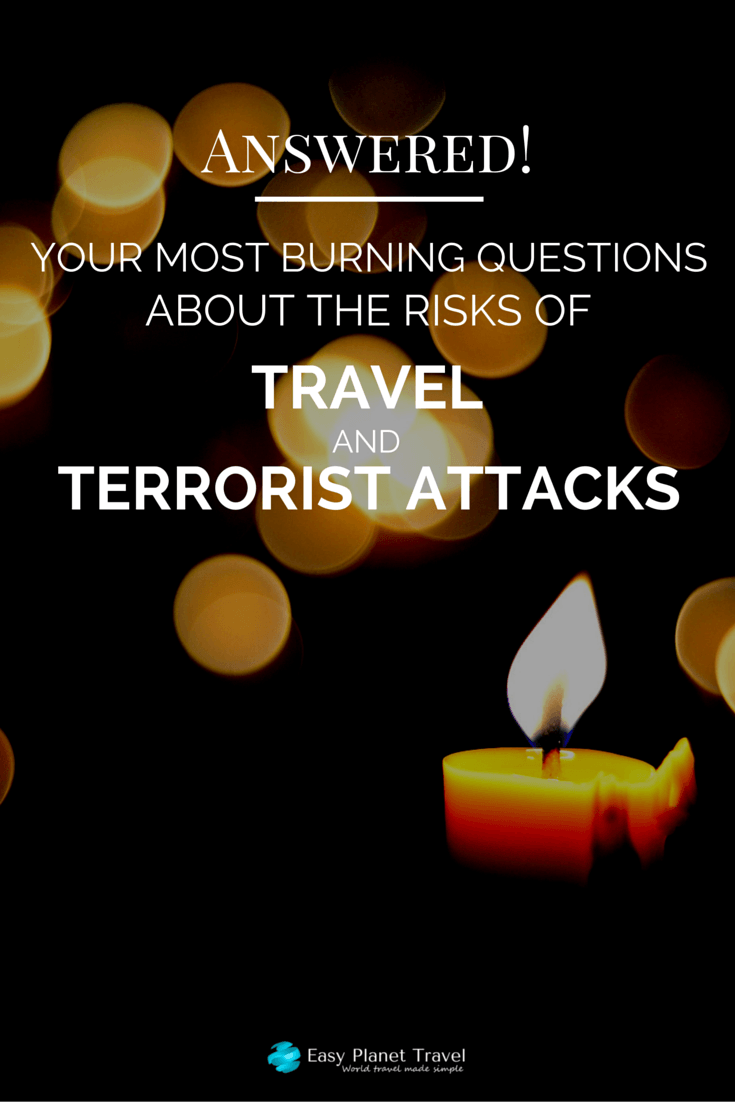 With the recent terrorist attacks in Paris, a lot of people, including myself, are more afraid to travel than ever. Travel should be about fun and exciting experiences and amazing adventures… not fear. The world is changing and the danger surrounding ourselves can become overpowering. Should we stop traveling by plane? Should we just stay home instead and not worry about terrorist attacks affecting us personally?

Let’s answer the real questions about the risk of travel and terrorist attacks.

What is the risk of being a victim of a terrorist attack when traveling?

To be brutally honest, there’s almost no risk at all. According to the U.S. State Department, the number of U.S. citizens killed overseas by incidents of terrorism from 2001 to 2013 was 350. Do you know what it means? It means the risk of being killed because of a terrorist attack while traveling abroad is 1 in 20 million.

But we are talking about terrorist attacks… Is 1 in 20 million a big risk?

But is it safer to travel in our own country?

Unfortunately, no. In fact, you encounter greater danger if you travel within the United States than abroad. Between 2001 and 2013, 3,030 people were killed in the U.S. by terrorism. And in terms of street crime and gun violence, most of the U.S. cities people live in are statistically more dangerous than the places we visit abroad.

So should we stop traveling altogether?

No! Why? Will you stop driving to go to work because you risk to die in a car accident is 1 in 19,000? Probably not! We assume those risks (car crash or drowning in our bathtub) are less dangerous because we feel a little more in control. We control our car, and we know what to do so we don’t drown in our own bathtub!

What can we do to avoid the risk of being a victim of a terrorist attack?

Is there other great risk we should be aware of while traveling?

Yes! Getting a sunburn and dying of skin cancer. Drowning in the ocean. A bus, train or car accident.

The thing is, there is risk everywhere, even at home (and even more at home!). We just forget about them either because we are already cautious, or we feel in control, or we consciously decide to forget about them. But who wants to live in fear in their own home? Nobody.

We don’t know what the future holds for us. We could be deadly scared of skin cancer, and die of a heart attack. Worrying to much just cause stress, and stress causes other health problems. So stressing about it is not the answer.

What CAN we do, then?

I don’t want to sound like a blind optimist. I take precautions when I travel. I always list Canada’s consulates in the countries I’ll visit. I also list the best hospitals that provide care in French or English. I give my itinerary to a close relative. I register on the Registration of Canadians Abroad. I visit a travel clinic before leaving and bring a first aid kit in my luggage. You know what I mean… I am being cautious, but I don’t over stress about it. And I think this is what we should do. Am I right? 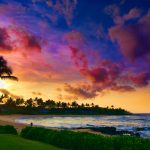 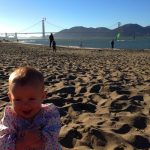