We are walking in the street. Everyone is turning heads. They are not looking at us because we dress differently, or because our skin is so pale. Cambodians don’t care about me, or Clinton. Nope! They are crazy about Emma-Kate! They are touching her, waving at her, taking selfies with her. Some people just try to take her in their arms, but she doesn’t let them (we raised her good!). Even if she’s used to getting a lot of attention, it looks like it’s even too much for her!

Phnom Penh, Cambodia’s capital, is our first stop in the country. There’s 1.5 million people living in the city, compared to 8.3 million in Bangkok. And we can quickly tell. There’s no skyscrapers her, but it’s still very crowded. Compared to Bangkok, Phnom Penh has a slower pace. Even the motorcycles and tuk tuks don’t go as fast. People just don’t seem as much as a rush to go places. And it’s a dirtier city: there’s garbage on the sidewalks and on the streets. In Bangkok, we could walk on the sidewalk with our stroller, but in Phnom Penh, the sidewalks are so uneven, crowded and dirty that it is simpler to just walk in the street. Which is quite an adventure!

Once the ‘Pearl of Asia’, Phnom Penh has much change with war and revolution. Even with its very dark past, Phnom Penh has lately risen and it’s among the ‘in’ capitals of Asia, with cool cafes, busy bars and delicious food.

Most sights are almost at a walking distance from one another, all close to the riverfront Sisowath Quay. Most people will choose to travel in a tuk tuk though. And even if the currency is the Cambodian Riel, a lot of ATMs give US$. One night, we tried to withdraw money at an ATM. You have to know that US$1 gives about 4,000 Riels. So we ask for 1,000,000. The ATM refuses the transaction, and tells us it can only give 35 bills. We don’t understand what’s going on until we ask a nice French lady, and she tells us most ATMs gives US$! No wonder why it didn’t work!

The Royal Palace dominates Phnom Penh with its Khmer roofs and its ornaments. It is the official residence of King Sihamoni, so part of it is closed to the public. The Throne Hall is the one thing that’s hot to visit in it, even if we can only peek through the windows and we are not allowed to take pictures. 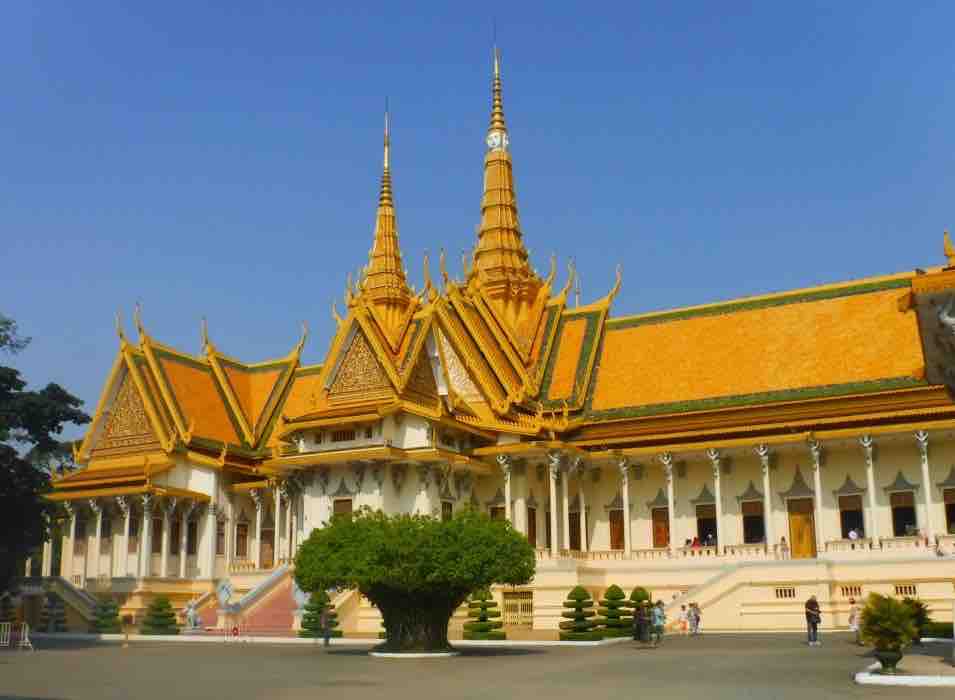 The Killing Fields of Choeung Ek

Even if you are not the sensitive kind, the visit of this memorial will shake you up.

In 1975, Tuol Svay Prey High School was taken over by Pol Pot’s security forces and turned into a prison known as Security Prison 21 (S-21), and it became the largest centre of detention and torture in the country. At the busiest of its activity, some 100 victims were brought every day at the Killing Fields of Choeung Ek to be killed. The genocide ended in 1979, the year I was born.

You can visit Tuol Sleng Museum, the S-21 turned into a testament to the crimes of the Khmer Rouge. Instead, we decided to visit the actual place where a lot of the innocent victims were killed. A guided tour or an audio tour is highly recommended, as you can hear testimonies of survivors and understand better what happened here. 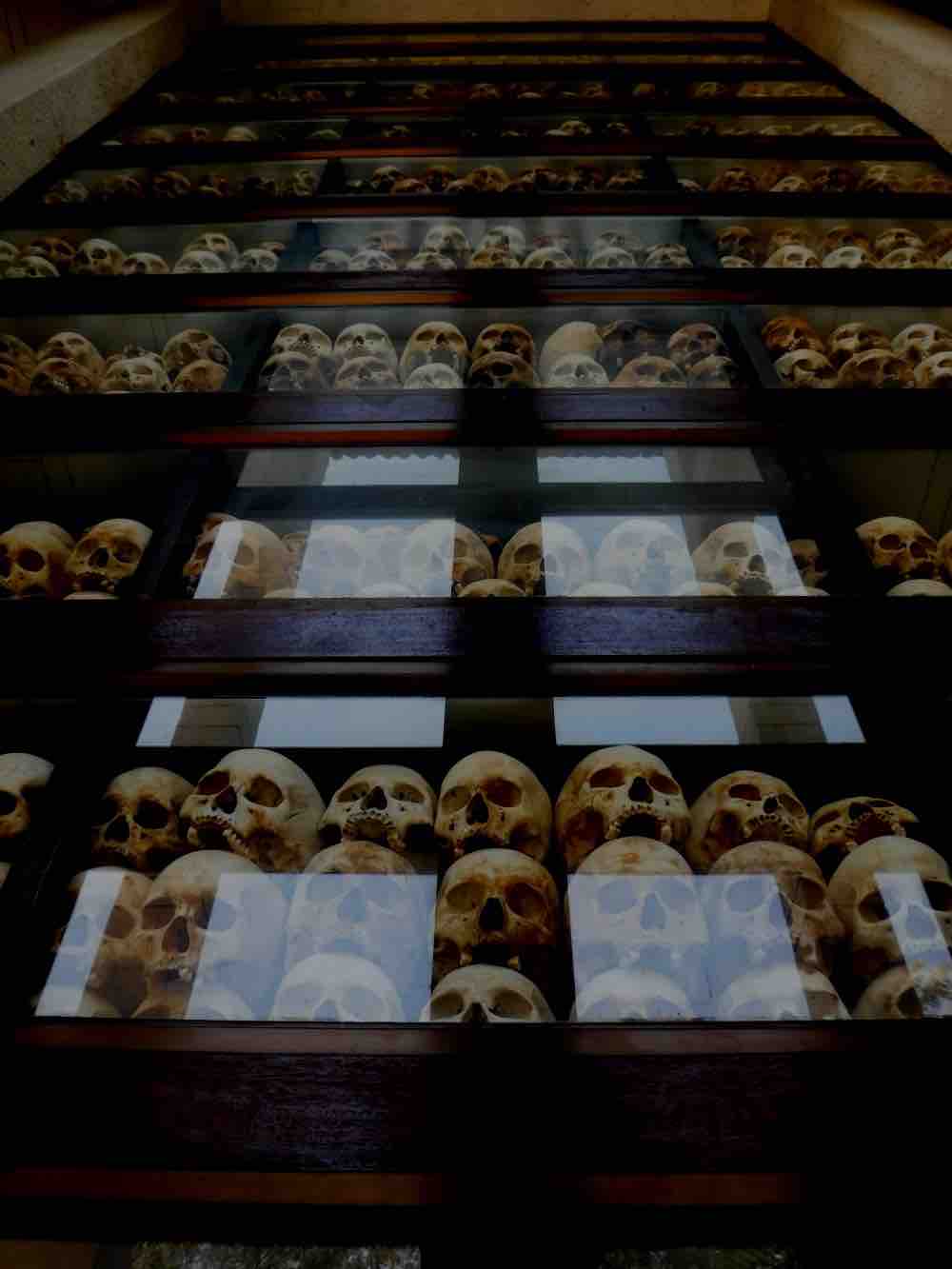 It is so shocking the atrocity that went on for years. Pol Pot spread this message to the Khmer Rouge (who were actually uneducated farmers who would have their head cut off if they didn’t obey orders): ‘Better kill an innocent man (or woman or child) than not kill a guilty one’. Pol Pot not only killed 25% of Cambodia’s population, but he also got killed babies!!

Tears rolled down my face when I saw the tree where, holding the babies by their feet, they killed them by smashing their small little heads on the trunk. And then I realized that if I were born 1 year earlier, in 1978, and lived in Cambodia, there would have been 1 chance out of 4 I would have been killed that way in front of my mother. Sometimes we are lucky in ways we don’t even know of. So lucky!

On that note, now let’s talk about something else…

Phnom Penh has a lot more to offer than what I described here. The thing is, we used to visit almost every sights and landmarks, and travel at a very fast pace. But since we travel with our daughter, we have learned to slow down a little bit and enjoy the present. That’s why we visit less, and we play more. We spend our mornings in Phnom Penh visiting, our early afternoon to play in the pool, and the rest of the day to nap and eat (and blog for me ;). It’s a lot more relaxing! Or not, since traveling with a toddler can be tiring too! lol

Cambodian food is very good. It looks a lot more like Thai food than Vietnamese’s. Local people often eat soup with cilantro, beef, noodles and an egg. It is delicious! They also offer noodles and fried rice with chicken, pork and beef. I haven’t seen a lot of fishes on menus. 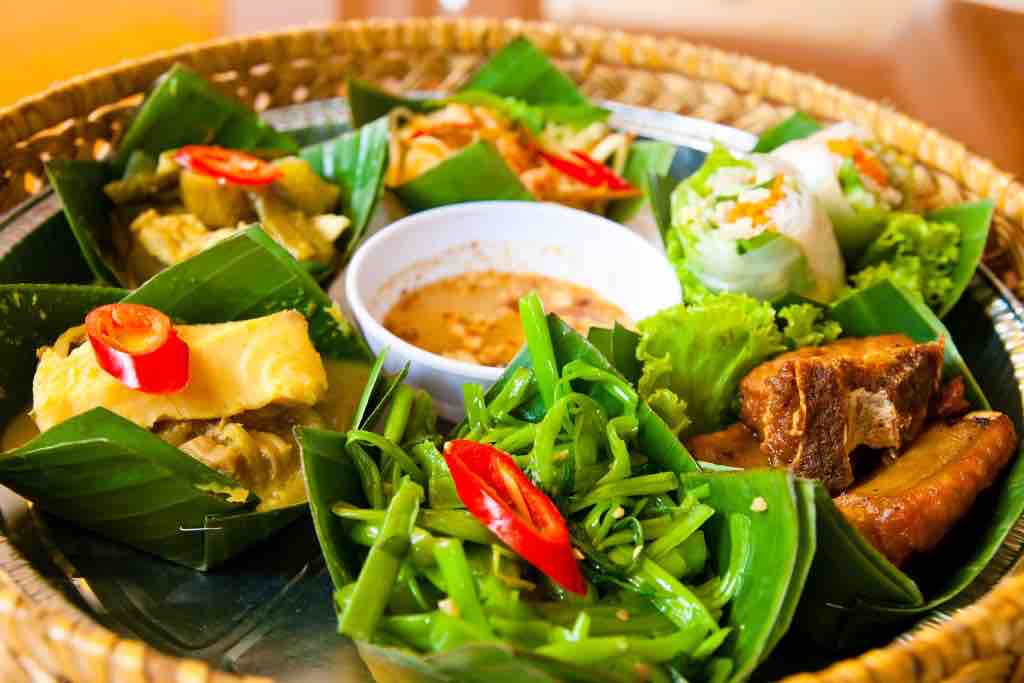 A lot of restaurants also offer international food, like spaghetti, pizza and even poutine (Quebec’s favorite fast food!). Of course, they don’t have the same ingredients as we do, so we can’t expect them to taste the same (and they don’t)!

One of their beers, Angkor beer, is good, but not my favorite. Can’t wait to try Cambodia beer! 😉

Cambodian people are very nice. They love kids and seem fascinated with our Western culture. They are more quiet than Thai people, but so happy to help. It looks like they expect nothing from us, travelers, probably because of their secluded past as a nation, so they dismiss themselves beforehand. But when we show attention and talk to them, they light up! And they are good people, so it’s worth it to connect with them! 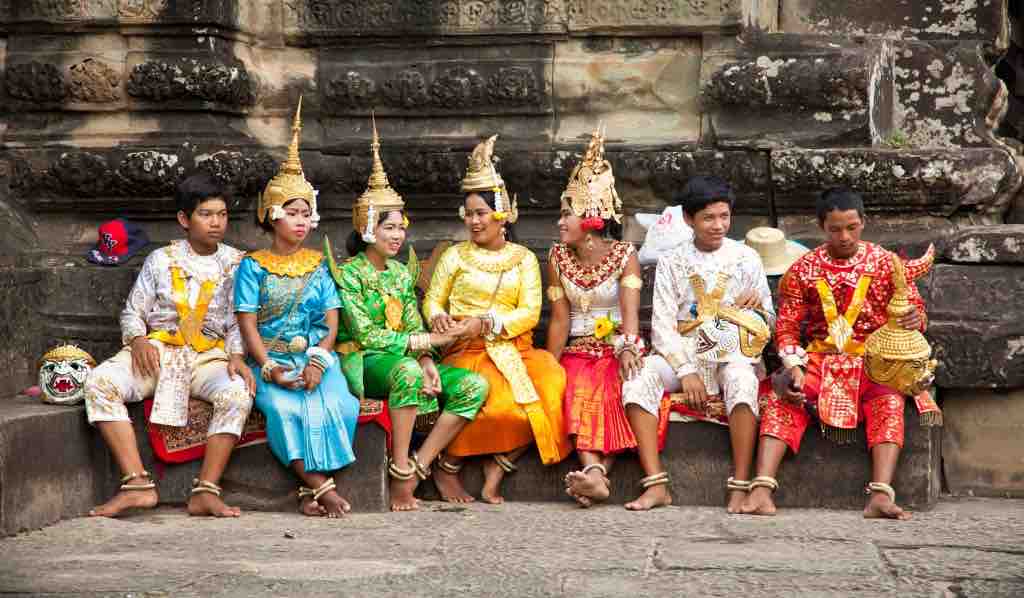 Families with young kids and travelers with disabilities

As you already know, we travel with our huge but very handy stroller. I have to admit it is hard to manage such a big stroller here, especially in the streets (as mentioned earlier). But I wouldn’t trade it with a smaller one, since the roads are so bumpy. Scared people should only travel by tuk tuk, since walking in the street is quite an experience. It’s a lot worse when you are actually crossing the street! As you can see in this video 😉

If you have a picky eater like Emma-Kate, let me reassure you: a lot of restaurants serve western food. They also sell baby shampoo, wipes and diapers, so even if you run off of those, it won’t be a problem.

Cambodia doesn’t offer a lot of accessible access for travelers with disabilities. Even if we’ve seen a lot of people with special needs, it seems it’s just not in their culture yet to offer such access. So unless you have someone strong helping you during your whole stay, I wouldn’t recommend visiting Cambodia for travelers with disabilities (I am so sorry to say that!)

During our stay in Phnom Penh, we were hosted by The Billabong Hotel. All opinions, as always, are my very own.

The Tale of the Sick Kid and the Cold Hearted Hotel Clerk… Or Our Bangkok 2-Day StayCities Itineraries, Our Travels, Thailand 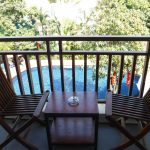 An Oasis of Serenity in the Middle of Cambodia’s Urban Jungle: The Billabong HotelAccommodation Spotlight, Cambodia