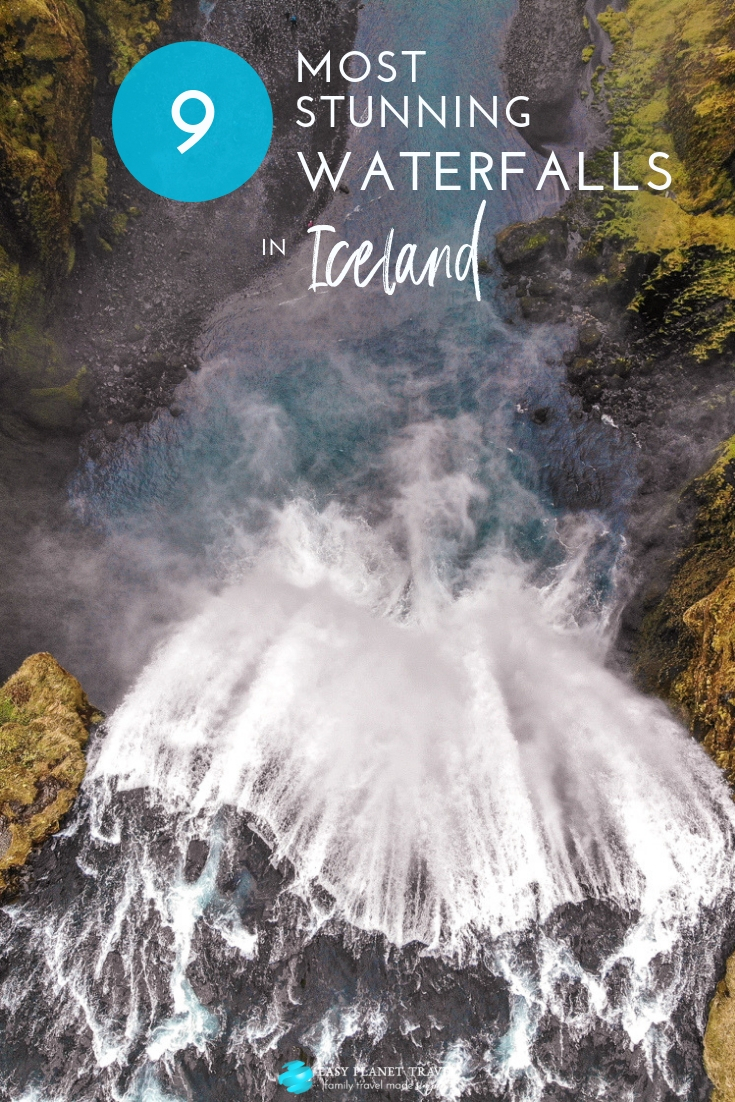 Did you know there are around 10,000 plus waterfalls in Iceland?

Chasing the waterfall in this land of fire and ice is without a doubt a fun trip for kids and grownups.

But why is there so many waterfalls in Iceland? This remote Nordic island has a North Atlantic climate that brings frequent rain and snow, and due to its Arctic location, they also have large glaciers that feed the rivers during warmer days.

One quick fact: “foss” in Icelandic means waterfall. This is why, as you’ll see below, almost all waterfall Icelandic names finish by “foss”. So if you are driving around this gorgeous country, and see a sign by the road that finishes by “foss”, you can definitely stop and marvel at a beautiful waterfall.

Unless you are on a gap year and decide to spend all of your travel time in Iceland, you probably won’t have time to wonder at all 10,000 waterfalls. So here’s Iceland’s 9 most stunning waterfalls! 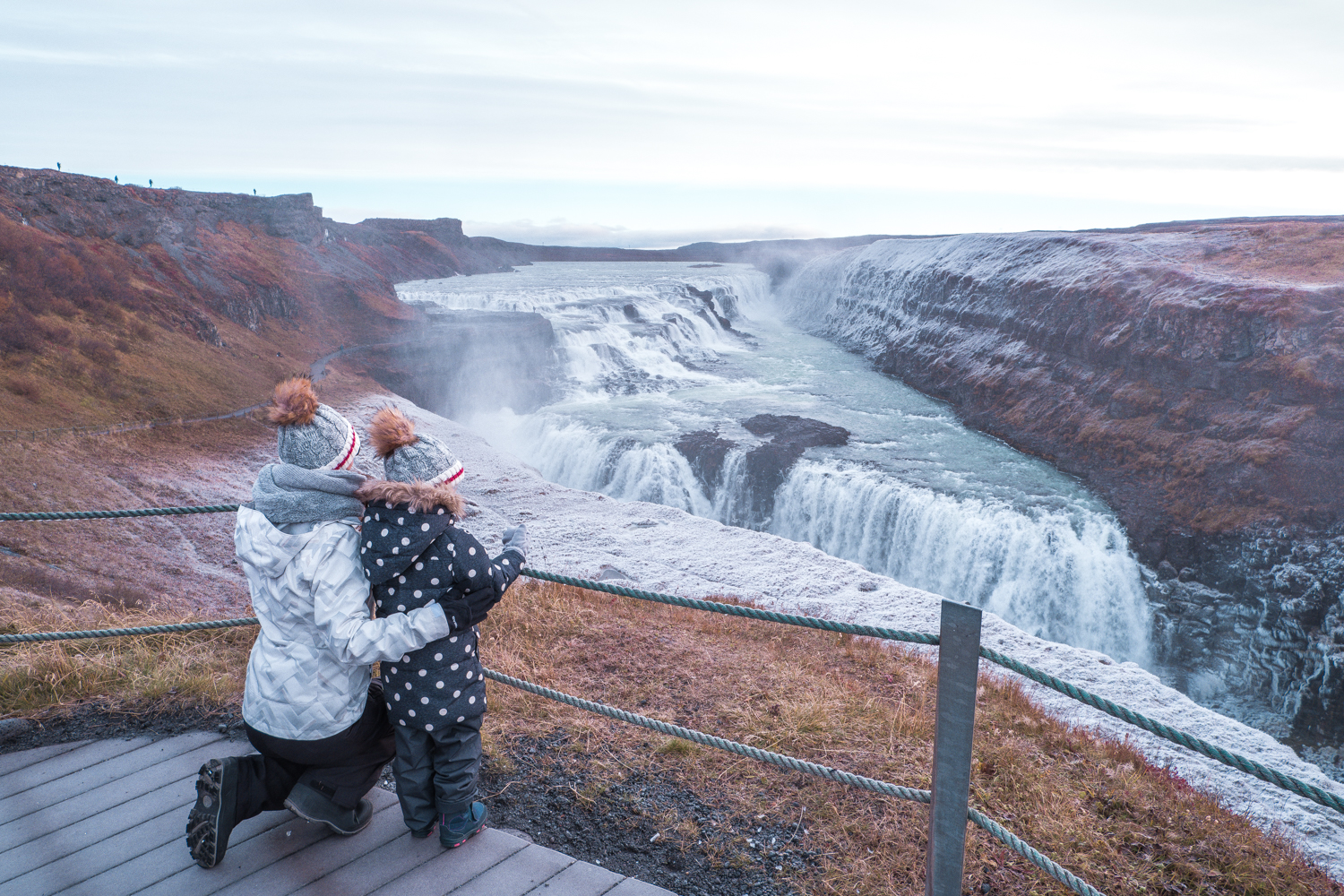 You can visit the Gullfoss Waterfall as part of the Golden Circle tour. It is fed by Iceland´s second biggest glacier, the Langjökull. The water plummets down 105 ft in two stages into a rugged canyon which walls reach up to 230 ft in height. On a sunny day, you can see a shimmering rainbow over the falls.

The waterfall can be visited 24/7 free of charge.

There is a public free open space for parking.

The waterfall is 3mins from the parking lot.

The most photographed waterfall in Iceland, Kirkjufellsfoss (Church Mountain Falls) looks the most stunning with Mt. Kirjufell in the background. This is a modest waterfall: it only drops 54 feet, but it’s the surrounding nature that makes this fall so popular.

Free parking right at the waterfall. 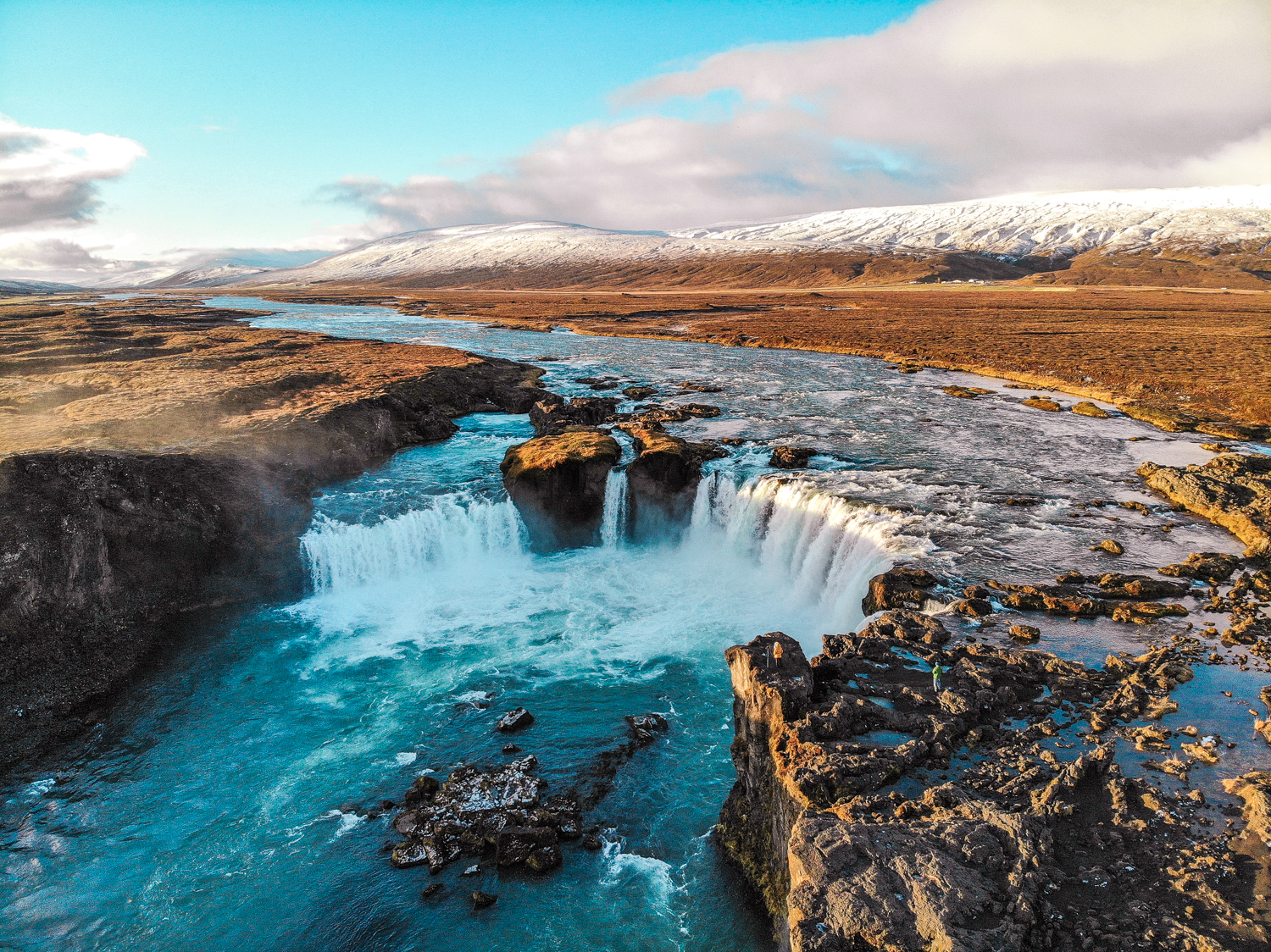 The Goðafoss waterfall, which means “waterfall of the gods” is one of the most spectacular waterfalls in Iceland. The water of the river Skjálfandafljót falls from a height of 40 feet over a width of 98 feet.

Where does its name come from? In the year 1000, the Lawspeaker Þorgeir Ljósvetningagoði made Christianity the official religion of Iceland. After his conversion, Þorgeir threw his statues of the Norse gods into the waterfall!

Reaching it from the West: From the parking lot (free), you can easily walk at the riverside all the way to the waterfall itself.

Reaching it from the East: From the restaurant and service house at Fosshóll you can walk down a small path and get very close to the waterfall. 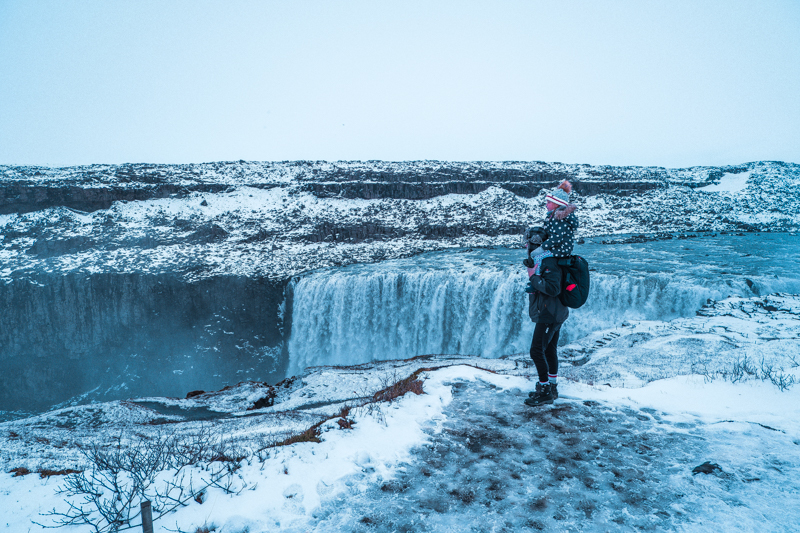 Dettifoss is said to be the most powerful waterfall in Europe. It is fed by the glacier river Jökulsá á Fjöllum which flows from the largest glacier in Europe, Vatnajökull. The thunderous falls have an average water flow of 6,186 cubic feet per second. It is 330 feet wide and plummets 150 feet down into Jökulsárgljúfur canyon.

There is free parking, and from the parking to the fall there is an easy walk of 0.75 km (one-way)

Warning: The area close to the waterfall, on the west side of the riverbank, can get very wet in summer, and icy in winter, and so very slippery, because of the spray from the waterfall. 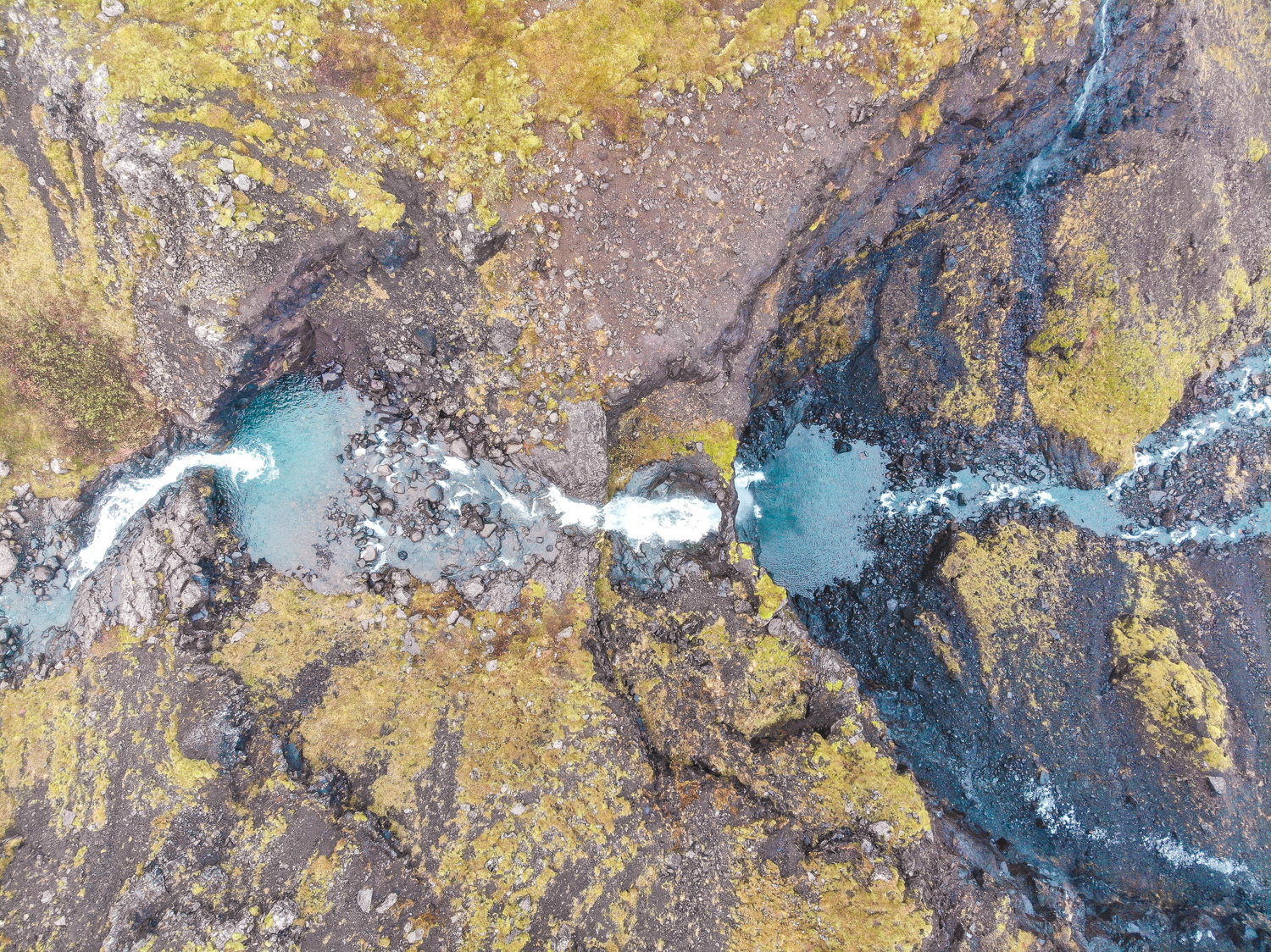 Located in Eastern Iceland, the Flögufoss waterfall is fairly high at almost 200 feet. The surrounding valley Breiðdalur makes it even more interesting, which is geologically captivating. Near the top of the waterfall, there is another small waterfall falling on a terrace, and fro that terrace the waterfall runs through a small stone arch all the way down to the bottom of the cliff.

When we visited the Flögufoss waterfall, there was no one else there. This isn’t Iceland’s most popular waterfall. And that’s what made it even more special for us: to have the whole place to ourselves to witness this spectacular scene.

The Flögufoss waterfall is only a few minutes drive off the main road 1 to a parking lot, and from there is a 15 minutes light hike to get to the waterfall. 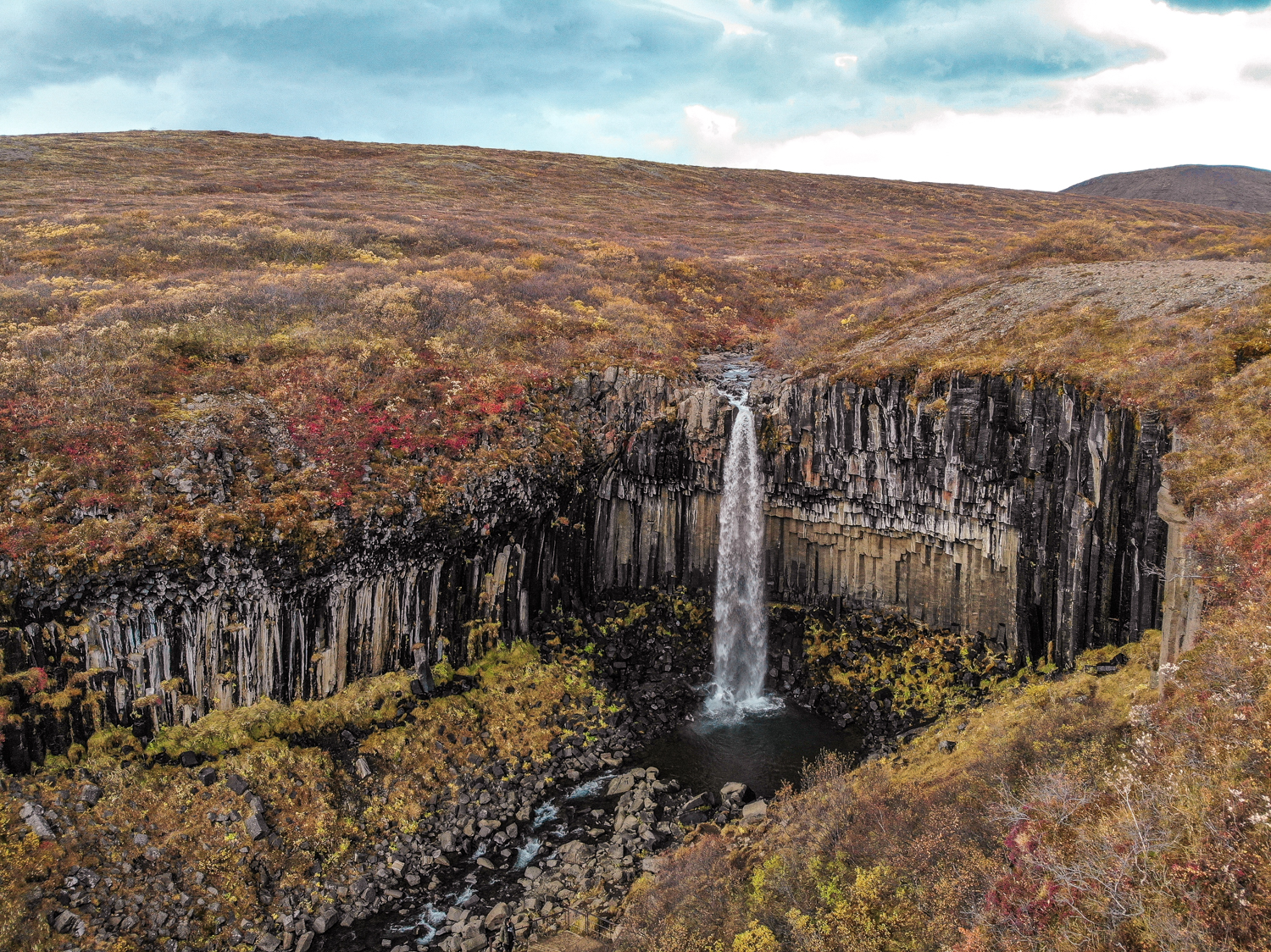 Svartifoss is a waterfall in Skaftafell/Vatnajökull National Park, and this is one of the most popular sights of the park. What’s most impressive about this waterfall are the dark basalt columns surrounding the waterfall. Ice-cold water coming from the Svinafellsjokull glacier is tumbling down the 80 feet fall.

The hike to the base of the waterfall takes about 45 minutes one way, and you will come across three other waterfalls: Þjofafoss (Thieves’ Fall), Hundafoss (Dogs’ Fall) and Magnusarfoss (the Falls of Magnus). The path is going uphill, so even though this is an easy hike, it takes a little bit of effort for those out of shape to get to the Svartifoss Waterfall. 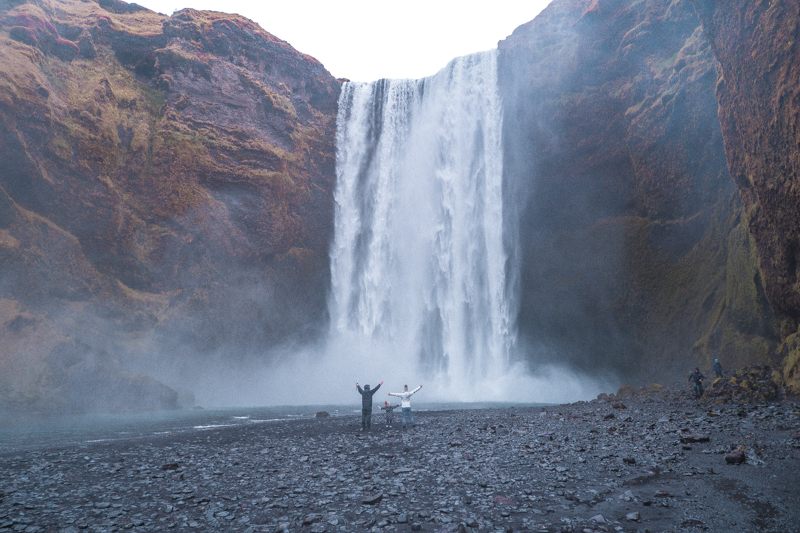 Skógafoss is one of the biggest waterfalls in Iceland, with water dropping from 200 feet; it is 80 feet wide. You can walk all the way to the waterfall, but you’ll get drenched by its mist. Standing right next to the waterfall is so impressive!

If you are up for a little physical challenge, you can go up the 527 steps that will bring you all the way an observation platform above the waterfall, and to a nice easy path to walk along the river that feeds the fall.

The parking a just 1km from Road number 1, and from the parking it is an easy flat walk to the foot of the waterfall. 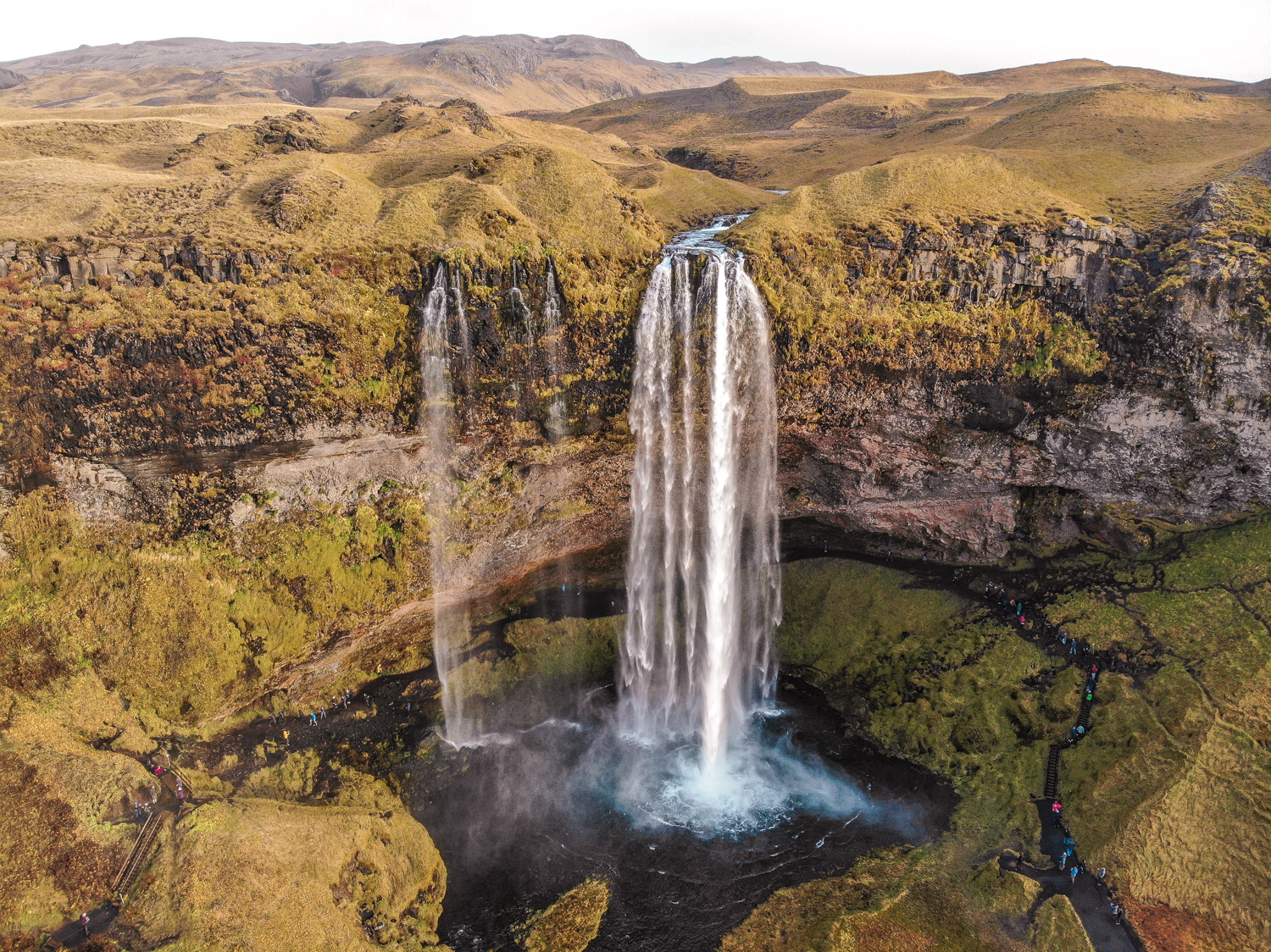 Seljalandsfoss is one of the most notorious waterfalls of Iceland. It is 215 feet tall, and you can walk behind it (and get drenched at the same time!). If you want to take your photo behind the waterfall, please use your flash otherwise you’ll only see your silhouette against the falls.

Please note that the path is closed in winter when it gets too slippery and dangerous to walk behind Seljalandsfoss.

Be aware, Justin Bieber’s fans: Seljalandsfoss can be seen in his music video for his song ‘I’ll Show You’ 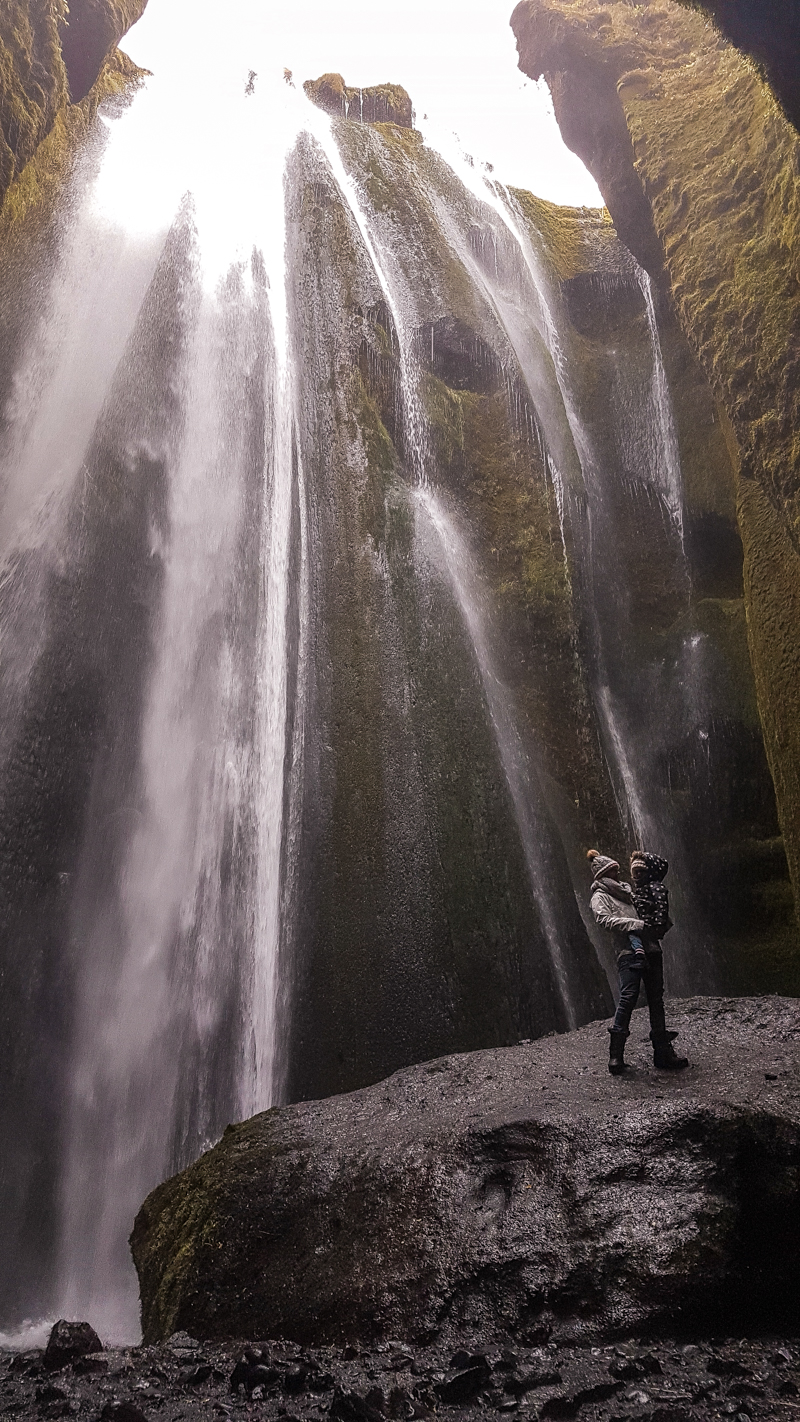 The last but not the least amazing waterfall in Iceland, Gljúfrabúi can easily be missed because it is hidden away. Gljúfrabúi is also known as Gljúfrafoss, and it means “Dweller in the Gorge”.

Located very close to Seljalandsfoss, you actually have to walk the path left of Seljalandsfoss (when you’re standing in front of this waterfall), and then you’ll find a small canyon, or gorge, and the 130 feet high Gljúfrabúi is inside the gorge.

You’ll have to carefully walk on well-placed rocks so your feet don’t get all wet, or wear Wellington boots, and then be prepared to get wet from all the drizzle. Rest assured: it is all so worth it as getting close to Gljúfrabúi is magical. The rock walls surrounding the fall is all covered in moss.

You can park for Seljalandsfoss and Gljúfrabúi waterfalls at the same lot, and you will have to pay 700 ISK (6.7 USD/5.7 EUR) for a car/van per day.

Have you been to Iceland? Which waterfall is your favorite? 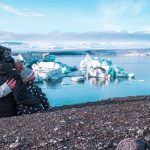 25 Photos to Inspire a Trip to Iceland with KidsIceland 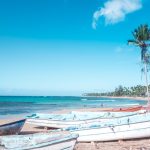